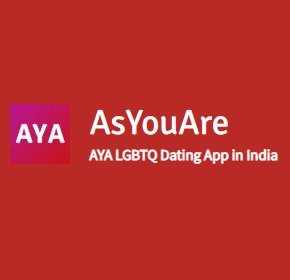 AYA (As You Are) is a SAFE space for LGBTQ Matchmaking. We are an APP
that creates a conducive environment for LGBTQ dating, matchmaking & matrimony for INDIANS
across the globe.

The spot for a safe, serious, and healthy platform is still open, not to miss, “Indian”. We want to change the perception of LGBTQ Dating from “Hookup” to “Serious Relationships”, offering
 Ease of DISCOVERING compatible LGBTQ singles
 Build interesting conversation starters on the platform to ENGAGE
 Create AWARENESS amongst parents about non-binary sexuality of their children

KEY USPs:
>> We have a mandatory verification process, which other apps do not. You will see male profiles in lesbian dating apps.
>> Since we are the most visible Made in India app for LGBTQ singles, we will attract users who prefer to interact in their regional language.
>> Icebreakers, gamification, and offline meetups will add to our USP.
>> Cross border matchmaking is also part of our plan, which other dating apps do not focus on.

Ran successful design agency, Beon Systems from 2012-2016. Worked on over 100 startups and software projects.
In 2016 she co-founded Trabug with 2 other partners. Trabug rented out smartphones and wifi devices to foreigners coming into India. They were cash positive in the second year of their operations.

She has been bootstrapping all her ventures, is very mindful of how capital should be utilized in the most optimized way.